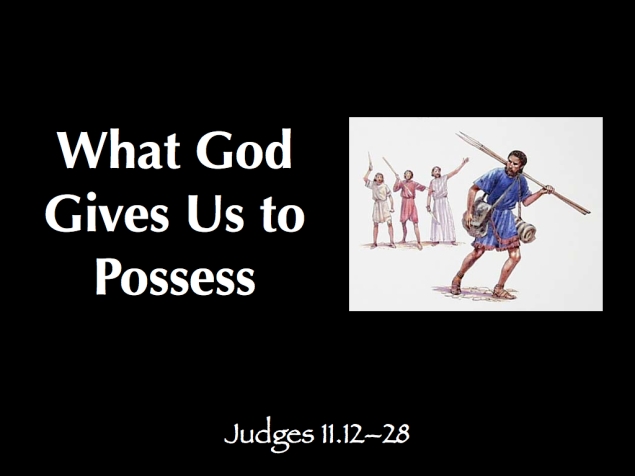 Listen to this Class:

What God Gives Us to Possess

We can possess and enjoy what God has given to us