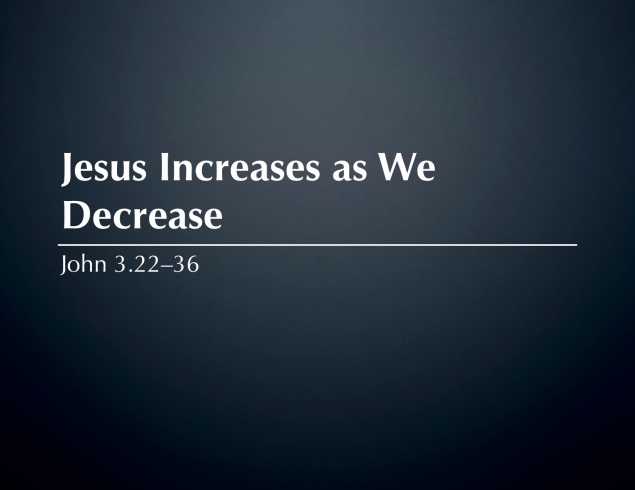 Jesus Increases As We Decrease

Jesus Is Above All